> For the mission in Sandstorm, see 04: Extraction.

> For the mission in Blackout, see 19: Extraction.

Extraction is a multiplayer map in Modern Combat 4: Zero Hour. It is one of three new maps added in the Meltdown Update.

Extraction is set in Edward Page's laboratory in Antarctica, and is an almost completely indoor map with plenty of doorways, narrow, short hallways and small rooms, making close-range firefights the main type of combat on the map, making shotguns a logical choice. Since the map is almost completely indoors, lethal air-based killchains like the Bomber and Airstrike near worthless. 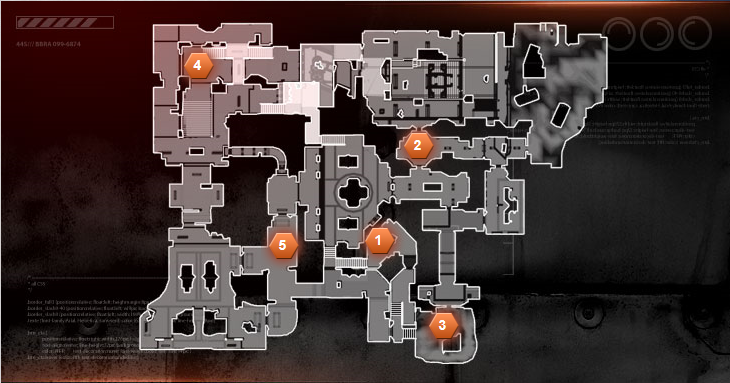 (2) Storage Rooms: Close-quarters combat, great to hide in with a shotgun or SMG.

(3) Outside Storage: Small outdoor area that is useful for sneaking behind the enemy team.

(5) Main Hallway: Connects a number of rooms, useful for cutting across the map. 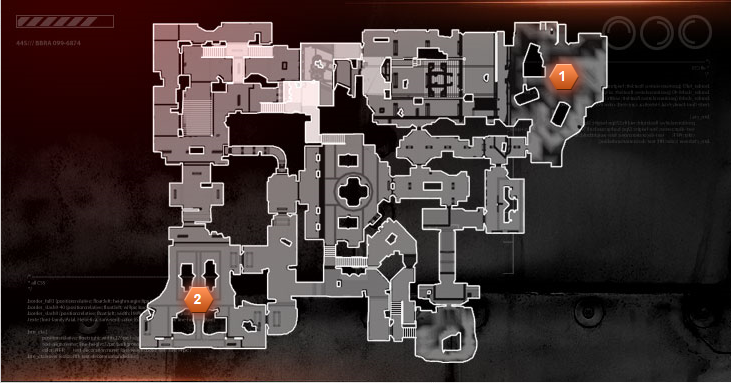 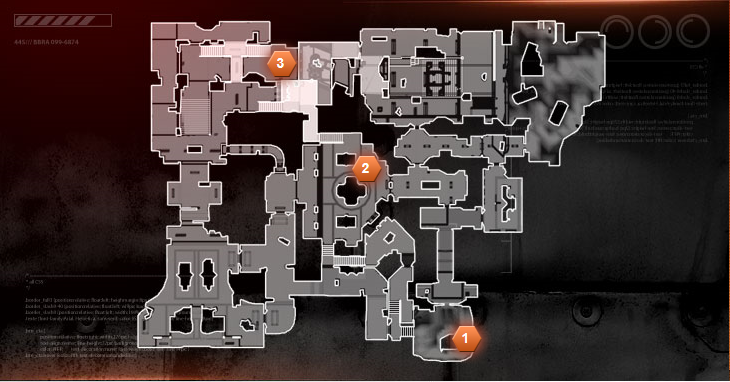 Retrieved from "https://moderncombat.fandom.com/wiki/Extraction?oldid=60627"
Community content is available under CC-BY-SA unless otherwise noted.