The KOG V is an assault rifle added to Modern Combat 5: Blackout in the Spring Update.

The KOG V is the Tier 6 assault rifle in Modern Combat 5: Blackout. It is a versatile weapon that sports among one of the highest rate of fire in its class, albeit with an average damage rating, making the weapon perform akin to a hybrid of an assault rifle and a submachine gun. The KOG generally exhibits a faster time-to-kill than the Red-34; making it one of the most effective assault rifles in close-mid ranged combat.

In addition, the KOG V features a special ability in which shooting while aiming down the sights yields increased damage compared to hip firing. Thus, it is possible for the KOG to outperform even some sniper rifles at long range. Hip-firing, however, is still recommended for most close range encounters, as the weapon's rate of fire combined with its decent hip fire accuracy is deadly in such ranges.

Overall, the KOG V is a solid "jack of all trades" weapon capable of above-average performance at all ranges and is among the most effective assault rifles in close-range engagements. As such, it is one of the most popular Assault rifles in higher-league gameplay. However, it is notably harder to obtain compared to other Tier 6 weapons.

Compared to the PR39, the KOG has higher rate of fire, better accuracy and range, smoother hip-fire performance, and a faster reload speed. However, the PR39 has higher armor penetration, a larger magazine size, and slightly higher mobility in practice (despite an identical mobility rating).

The KOG V's appearance in first-person.

Iron sights of the KOG V.

The KOG V as seen in the armory

A KOG V weilded by Alex Hawk in the Campaign 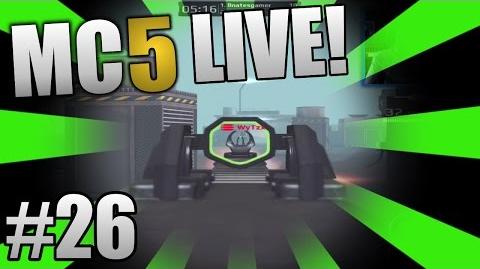 Retrieved from "https://moderncombat.fandom.com/wiki/KOG_V?oldid=70235"
Community content is available under CC-BY-SA unless otherwise noted.