}} Overtime takes place in the War Crimes Investigation Bureau's HQ in Seattle. It is a medium-sized map with relatively short distances from area to area, and has several alternate paths to reach different sections. The map is primarily indoors, so airstrikes tend to be ineffective, however the Bomber can still target enemies since the map has low roofs which the bombs can penetrate. This map is popular in Capture the Flag mode, as the size allows for rapid combat and action. 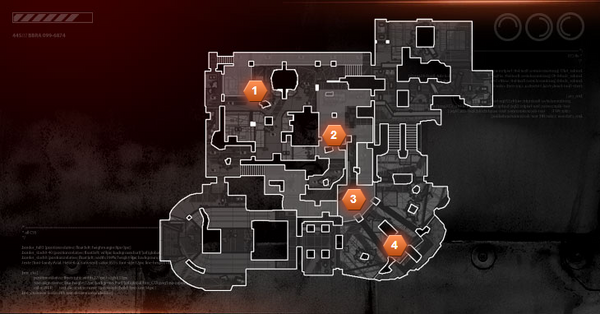 (1) Cubicles Area: The large office floor is the second-fastest way to travel from one start location to the other. It's not as open as the man hall, but it's easier for enemies to lurk there.

(2) Administrative Area: This path features a powerful vantage point over the Cubicles area.

(3) Catwalk: Players can look down on the Main Hall from this location, making it a useful sniping spot. 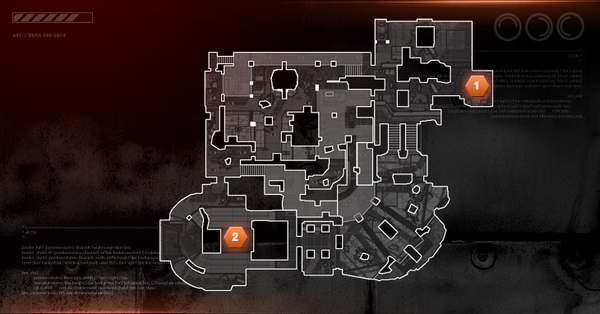 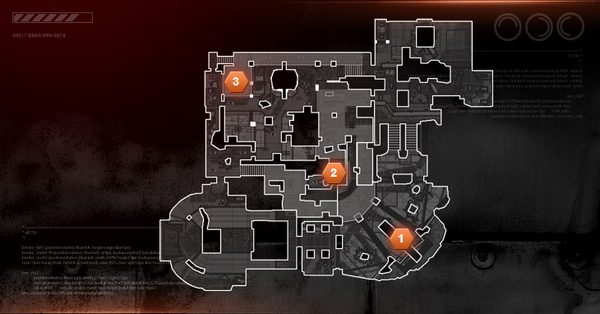 }} Overtime was added to Modern Combat 5: Blackout in the Holiday Update. Like Scramble, the map retained exactly the same structure as its MC4 variant, but with graphical changes and the setting changed to Gilman Security Headquarters in Tokyo, Japan. This map was temporarily removed in patch 1.8 and replaced by Conversion. However, it was later re-added in update XIX.

Retrieved from "https://moderncombat.fandom.com/wiki/Overtime?oldid=67604"
Community content is available under CC-BY-SA unless otherwise noted.