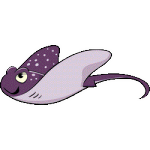 224 Edits since joining this wiki
December 23, 2015
0 Discussion posts
The following is a story of WizardLord160 in a unique way.WizardLord160 appears in MC5. He is armed with a Compakt-665 and a Aresk-07 along with a LUK Mk-2. He excels in close combat able to take you out in 1-2 hits most of the time. If you go out of his range he will use his sniper rifle. He is seen carrying his Aresk-07, his assault rifle on his back, and the pistol on his side. Unlike most enemies, he can use sticky mines and knife you (instant death). In one scene, he is seen planting a Sticky Mine in an attempt to kill the player.

Not much is known of him. He is shady, never revealing his past and hiding his face under a mask/helmet. He used to be a Sergeant in the U.S. military, but quit and became a Mercenary hired by Gilman Security to kill the player. He has tried various assassinations from sniping, planting bombs, and even engaging the player himself. At one point, he sent a whole squad of Gilman Security and Executioners to kill the player. This shows he actually has some authority in the company.

When the player blows up his boat in one mission, the player thought he was dead. Wiz appeared in a later mission riding a jet pack showing that he still lives.

Phoenix returns from a mission on a truck. They barely avoid being hit by a Sticky Mine Wiz planted. Then, he tries to snipe the player. The player takes cover behind the truck. Then, Wiz sends out a squad of Gilman Security to attack the player. The mission ends when Phoenix kills an Executioner. Roux tells the player he was a hired Mercenary trying to kill the player, and he must be careful. Next, while Phoenix was in the middle of doing a mission, Wiz attacks the player. They engage in a fight, which ends when he retreats by jumping through the window when reinforcements arrived for Phoenix. Later, while Phoenix was on a boat, Wiz appeared out of nowhere and tried to tip over the boat by bumping it. Then, they engage in a gunfight. Then, the player hits the engine, making his boat explode. Though, he survived the explosion and appeared a few missions later riding a jetpack while trying to shoot the player. He mysteriously disappears after that.

Retrieved from "https://moderncombat.fandom.com/wiki/User:WizardLord160?oldid=58719"
Community content is available under CC-BY-SA unless otherwise noted.